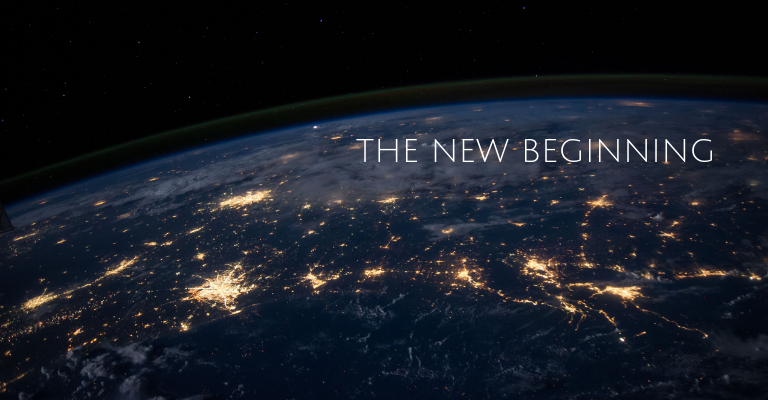 In the background is the beautiful planet “Blue Marble” otherwise known commonly as Earth. On 24 December 1968, mankind was mesmerised with the images of our planet suspended in the absolute black, infinite void of space – fragile but beautiful. The pictures were captured by the crew of Apollo 8 as their spacecraft became the first to orbit the moon. It was an amazing feat of engineering with amazing images. More amazingly, earthlings heard the Word of God when the astronauts spontaneously read from Genesis chapter 1 verses 1-10 in affirming God as the Creator.

An estimated one billion people in 64 countries heard the live reading, and delayed broadcasts reached another 30 countries. Television screens around the world blacked out when the camera on-board the spacecraft was switched off at 11.46 am (Singapore time), ending a 26-minute 55-second broadcast.  If the broadcast was made in this age and time, my guess is that millions will be protesting against the reading of God’s Word and the inference of creation according to the Bible. Time has changed, but opposition to the truth has not diminished.

The creation account brought forth New Beginning – Order out of chaos; Light out of darkness; Life out of inanimate matter; Colour and Beauty out of blackness. And supposedly a beautiful relationship between God and man. But the relationship was marred by sin and the folly of man which became our constant unwanted companions ever since. Because of these, many tragedies, misfortunes, heartbreaks, wrongdoings, calamities and dysfunctionalities were wrought – resulting in pain, regrets, anger, disappointments and shame.

Many wish to have a second chance; to start over again; to have a New Beginning. But society is less accommodating and forgiving. And thus the burden of the past is hard to be lifted. God however, is gracious. He is a God of New Beginning. Though the relationship with us is painful and disappointing because of our sin and folly, thankfully, God has not and will not abandoned us.

Like the longing father looking out for the return of the prodigal son; God will receive home with gladness all who repent. He will give returnees second chance to start over again with a New Beginning.

As 2018 is drawing to a close, will you take stock of your relationship with God? Has it regressed, stagnated or progressed? Remember, it was supposed to be a beautiful relationship. And for it to happen, the Holy must meet with holiness…therefore “You must be holy because I, the LORD, am holy. I have set you apart from all other people to be my very own.” (Lev 20:26,    1 Pet 1:16). “Dogs will return to its vomit and pigs return to its filth” (2 Pet 2:22). But man is a higher form of creation and different. Let the past be past. Do not revisit it again.

2019 is dawning. May it be a New Beginning for you. May the God of New Beginning bless you and grant you renewed strength to have a better relationship with Him. On behalf of the Church Council, I wish all of you a Blessed New Year. God Bless.