By Admin1 April 2020No Comments 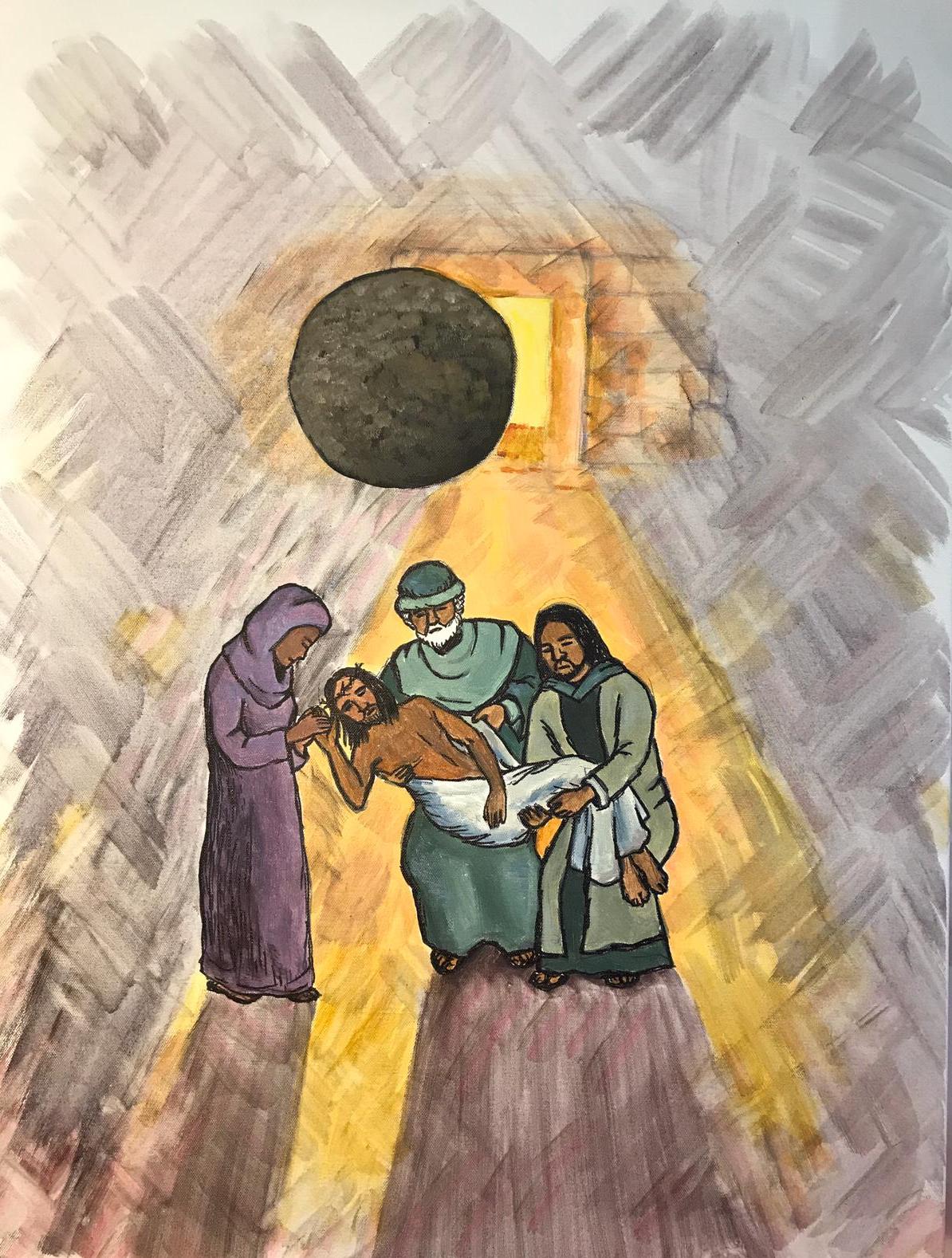 They collected the dead body of our Lord and brought him to the tomb. The tomb was ordered to be secured with a huge rock so that no one could steal the body of Jesus.

Nothing could keep our Lord in the tomb. The empty tomb remains today, a symbol of the risen Christ… He is risen today. Hallelujah!

Do you realise the powerful implications for those who believe?

He came, He died, He overcame sin and death.

This passage is familiar to us but read it at least twice, slowly. Then pause and know the Holy Spirit is present with you.

When you are ready, move on …

38 After these things Joseph of Arimathea, who was a disciple of Jesus, but secretly for fear of the Jews, asked Pilate that he might take away the body of Jesus, and Pilate gave him permission. So he came and took away his body. 39 Nicodemus also, who earlier had come to Jesus by night, came bringing a mixture of myrrh and aloes, about seventy-five pounds in weight. 40 So they took the body of Jesus and bound it in linen cloths with the spices, as is the burial custom of the Jews. 41 Now in the place where he was crucified there was a garden, and in the garden a new tomb in which no one had yet been laid. 42 So because of the Jewish day of Preparation, since the tomb was close at hand, they laid Jesus there.

20 Now on the first day of the week Mary Magdalene came to the tomb early, while it was still dark, and saw that the stone had been taken away from the tomb. 2 So she ran and went to Simon Peter and the other disciple, the one whom Jesus loved, and said to them, “They have taken the Lord out of the tomb, and we do not know where they have laid him.”

Reflect and talk to Jesus in prayer:

Allow the Holy Spirit to make you truly alive in Christ. Respond to Jesus in prayer.

Journey to the Cross: The Crucifixion