God the Just and Loving Father 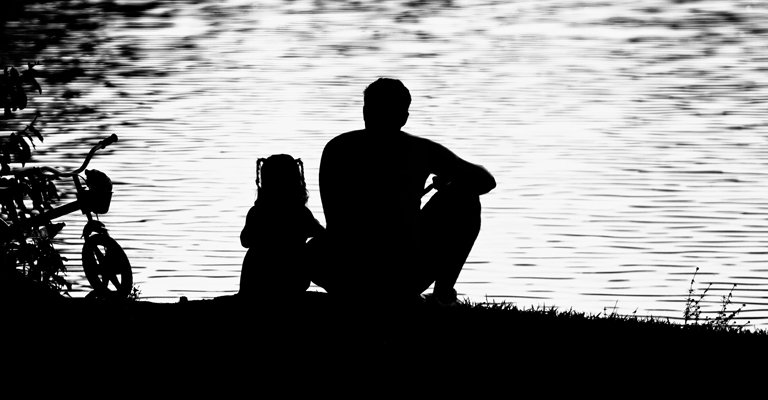 A few weeks ago during Tchoukball training, I bought drinks for my youth. One of them insisted on paying me back, arguing that he would not be able to sleep if he owed someone money. I was inspired at that time, and quipped, “Jesus Christ died for our sins and paid the penalty on our behalf, how then should we respond to that?” As I reflected on my own question, I was also forced to consider my response. If I believe that God sent His Son to die on the cross to make my slate clean, then I ought to live my life in honor of Him.

There is this story of a judge who was well-known for his sense of justice. One day, a man came before him to have his case heard. Without a doubt, the man was found guilty. The judge knew that the man deserved to be fined, but he was also aware that the man would not be able to afford it and would be imprisoned instead. However, justice had to be served and so the judge sentenced the man as befitting his crime. The man was crushed when he heard it. To his astonishment, the judge came down from the bench, removed his robe and wig, and paid the fine. The judge did it willingly, and out of love, for the man he sentenced was his own son. With that one action, he was no longer just the judge, but a loving father. Before that moment, the son would have never understood the depth of his commitment towards the law, nor would he have felt the full extent of his love.

This story is an allegory of how God is both a just and loving Father. God is the judge in the story, and we are the son. We have all sinned. Whether we have murdered, stole, had an extramarital affair, said a white lie, entertained lewd thoughts, or were rude to our parents, we have missed God’s standard. In His eyes, there is no distinction between big or small sin; sin is sin, because we have disobeyed Him. As guilty perpetuators, we rightly deserve the judgment and punishment that follows: eternal separation from Him. In an ultimate act of mercy and love, God sent his only Son, Jesus Christ, to pay the price for us on the Cross. He paid the debt that we owed. And in return, He longs for us to respond to Him, so that our relationship with Him is restored. He yearns for us to call Him ‘Abba Father’.

However, there are those who may not be totally convinced that we have a debt, much less owe it. Others argue that the whole story is nonsense: Jesus was not God’s Son sent to redeem us. The scepticism regarding Jesus is not new. Even in the first century, there were Jews as well as Gentiles (basically anyone who is not a Jew) who rejected the message (1 Cor 1:22-24). The former was offended with the thought that Jesus was their long-awaited Saviour. Furthermore, there were no signs and wonders from heaven! The latter thought it was simply foolish for anyone to willingly die on the cross as it was utmost shameful and humiliating. Crucifixion was aptly called thesummon supplicium (“the ultimate torture”), and was reserved for those of the lowest social status, especially slaves and non-citizens.

However, we have the privilege of history and are able to consider some of the following points out of many:

The 17th Century French philosopher, mathematician and physicist, Blaise Pascal, made a logical deduction. He says, “Let us weigh the gain and the loss in wagering that God is [real]. Let us estimate these two chances. If you gain, you gain all; if you lose, you lose nothing. Wager, then, without hesitation that He is.”

If you would like to find out more about this debt that was paid for you, or to explore more about the Christian faith, feel free to approach any of the church leaders or pastoral team after service or during Easter lunch. There is no question too silly, nor any too offensive. May God reveal His truth to you today.

Reconciliation is a Beautiful Word