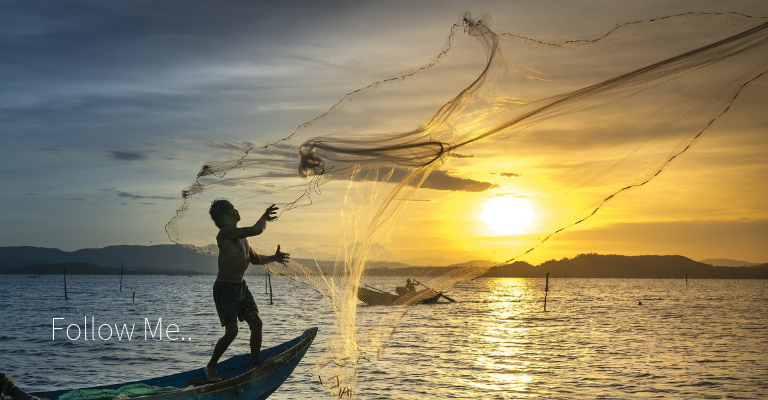 Earlier in the year, our study of Matthew 4:18-22 caused me to ponder deeply about the calling of Jesus’ disciples. In this passage, we read that –

18 While walking by the Sea of Galilee, [Jesus] saw two brothers, Simon [Peter] and Andrew…

20 Immediately they left their nets and followed him.

21 And going on from there he saw two other brothers, James the son of Zebedee and John… and he called them. 22 Immediately they left the boat and their father and followed him.

I asked myself – will I ever be able to model this behaviour and action? These men literally dropped everything, leaving their homes and jobs (even a lucrative business) to follow Jesus. They had such astounding faith, to follow someone they barely even knew! How is that possible? And isn’t it reckless? As a long-time Christian, I have read many devotionals encouraging us to have the same kind of faith and determination at in answering Jesus’ call. Surely this experience cannot apply to me. I had to dig deeper.

It began with Andrew and John (son of Zebedee) who were disciples of John the Baptist, and after hearing Jesus proclaimed as “the Lamb of God, who takes away the sin of the world”, they became curious and spent time with Jesus. After this first encounter, Andrew brought his brother Simon to Jesus, who renamed him Cephas, which means Peter. It is likely that these men spent time with Jesus witnessing His miracles and listening to His teachings. They were ‘followers’, but not quite ‘disciples’ – yet.

Yes – to answer Jesus’ call to be His disciples requires faith! What is faith? Dictionary.com says that it is to have “complete trust or confidence in someone or something.” So when Jesus called Andrew, Peter, James and John to follow Him ‘full-time’ – what faith did they have? Were they convinced, both in heart and mind that Jesus was the Messiah?

We have an interesting encounter in Luke 5:1-11. After a night of futile work, the professional fishermen were instructed by the carpenter to let down their nets again. It is important to note that the nets had been washed and even if they had a meagre catch, would it have been worth the effort? However, owing to the relationship that existed between Jesus and these men, they obeyed and were rewarded with a large catch of fish and the apprenticeship of a lifetime. More importantly, Peter’s spiritual eyes were opened and he recognized his sin, and in that moment of conviction realized the holiness, the greatness and awesomeness of Jesus. We also learn that Jesus healed Simon Peter’s mother-in-law. Although it is debatable if the healing occurred before or after ‘the call’; I believe that either scenario would not have changed Peter’s conviction or decision, but reinforce it. Jesus had met a professional and personal need in their lives.

You must be thinking – these were ‘Biblical times’, it doesn’t apply to me! Indeed, I believe that for the most of us, a miraculous encounter of this nature is unlikely. But this does not mean that we have not encountered Jesus Christ or experienced His love at a personal level. The calling of Matthew is an example of a simple, ‘miracle-less’ invitation (see Matt 9:9–13, Mark 2:13–17 and Luke 5:27–28). I do not believe he was reckless or foolish to leave his tax collector’s booth when called by a stranger. The details are scant but Matthew must have learnt of Jesus and His teachings and having encountered Jesus personally, was convicted and took a step of faith to leave his comfortable life as a tax collector and to become Jesus’ disciple.

So – what about you and me? Let us learn from these men – is Jesus a stranger? He knows us, but do we know Him? If we know Him, we need to take that step of faith – to have complete trust and confidence in Him, our Lord and Saviour.