Come, I Will Make You Fishers Of Men 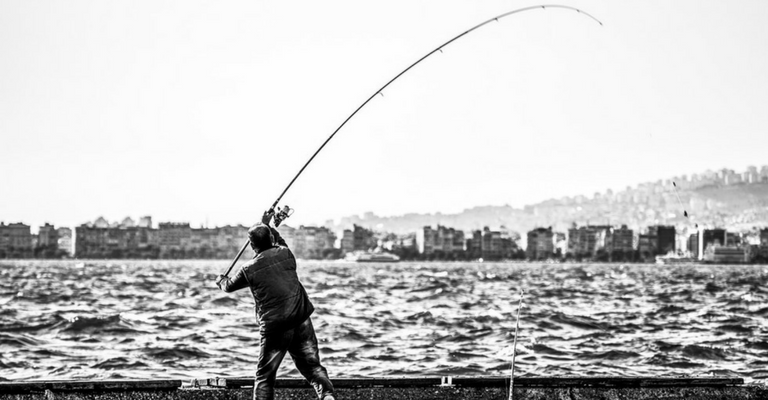 16 Passing alongside the Sea of Galilee, he saw Simon and Andrew the brother of Simon casting a net into the sea, for they were fishermen.17 And Jesus said to them, “Follow me, and I will make you become fishers of men.” 18 And immediately they left their nets and followed him. 19 And going on a little farther, he saw James the son of Zebedee and John his brother, who were in their boat mending the nets. 20 And immediately he called them, and they left their father Zebedee in the boat with the hired servants and followed him. Mark 1:16-20

Whenever I read this passage, I am often in wonder of how Simon, Andrew, James and John were able to just let go of their nets, leave their father and hired servants, leave their business and life behind and just follow Jesus. Did they know what lay ahead for them? Did they know that this mission to become fishers of men would take them beyond anything they had ever experienced? This wasn’t just about leaving one’s comfort zone, this was about being and living an entirely different life! Did they ever think that Jesus was crazy to have the audacity to ask them to just drop stuff and follow?

Yet, we sometimes forget that these disciples were not the first to leave something behind.

The divine took on flesh and made His dwelling among us (John 1:14). He left the heights of heaven to obey His Father’s will – that everyone who looks upon the Son and believes in Him should have eternal life (John 6:38-40). He emptied Himself and took on the form of a servant; tasting death (Phil 2:7-8). John Piper observed that Jesus had to leave behind aspects of his glory because the “fullness of divine glory would have incinerated sinners and blinded everyone”

As the Charles Wesley favourite goes:

He left His Father’s throne above,

So free, so infinite His grace;

Emptied Himself of all but love,

And bled for Adam’s helpless race:

’Tis mercy all, immense and free;

Jesus doesn’t call us to do something that He Himself never did. His call for obedience to follow Him and become fishers of men stems from His own obedience to the Father to bring us to Himself.

And Jesus calls us to be a part of this Mission. For He knows that when we do, we are exercising faith in Him and this faith is more precious than gold (1 Pet 1:7). He wants to fill us with a love and joy that is inexpressible and filled with glory (1 Pet 1:8).

He desires for us to have a taste of the heavenly joy that rings when a sinner repents (Luke 15:10). He wants us to belong to the heavenly anthem who will worship the Father in spirit and truth (John 4:23).

[Sermon] The Spirit Poured Out