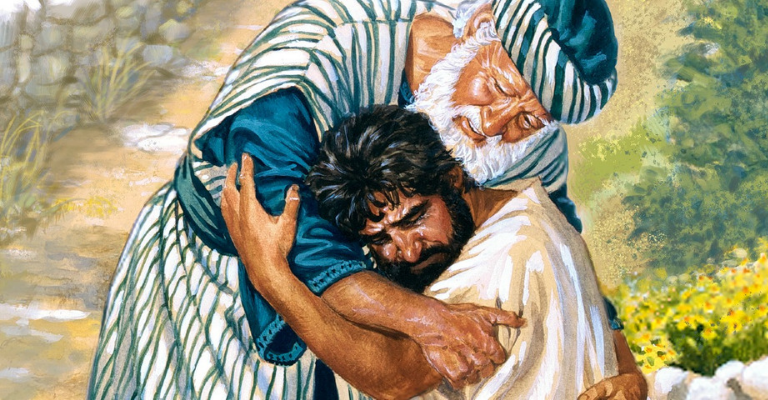 We often associate the word prodigal with wastefulness, recklessness, loose living and other negative terms. The younger son, in the parable of the prodigal son (Luke 15:11-31) illustrates this word well, when he goes to his father to ask for his share of the inheritance and then squanders everything away on sinful living.

Interestingly, this word has alternative meanings and various dictionaries, including Merriam-Webster and Oxford, have definitions such as yielding abundantly, as well as lavish in giving.

Set in this context, the father in the parable was prodigal. He was extravagant with his wealth. The younger son, in asking for his inheritance, indirectly wished him dead, but the father gave it to him anyway. The older son treated him with contempt when he heard about the celebrations but refused to participate, and yet the father said “everything I have is yours” (Luke 15:31).

Continuing with this line of argument, God’s love may be characterized as prodigal as well! The Bible is replete with verses describing God’s love for us. Consider for example, the following:

See what great love the Father has lavished on us, that we should be called children of God! And that is what we are! (1 John 3:1a)

But God demonstrates His own love for us in this: While we were still sinners, Christ died for us. (Romans 5:8-9)

But because of His great love for us, God, who is rich in mercy, made us alive with Christ even when we were dead in transgressions—it is by grace you have been saved. (Ephesians 2:4-5)

As sinners, we do not deserve God‘s love, mercy, grace, and all good things He chooses to give us. Yet, God was wastefully extravagant, in sending His Son Jesus to die for our sins so that  we may have eternal life (John 3:16). Through the lens of the unsaved, such an act does not make sense. It is not logical, practical or sensible. After all, why should God die for mere mortals? However, perfect love does not count the cost. It is not based on human logic or practical sensibilities. It is not about how much one can extract out of a transaction. Instead, the perfect love of God is prodigal.

Being God’s children, we are called to be imitators of Him, “and walk in love, just as Christ also loved you and gave Himself up for us, as offering and a sacrifice to God as a fragrant aroma” (Ephesians 5:1-2). Further, Jesus would say to people, “follow me” (e.g. Matthew 4:10), and not “believe in me”. The term “follow” encompasses not only belief but also living the type of life he lived. That is, we are to reach out to the lost, the unsaved, the unloved and the prodigals in a manner that is consistent with God’s own love for us. In other words, we are to be prodigal with our love to others.

[Sermon] Church of the Prodigal – Father’s Heart for the Lost